Miss Dora Benley survives the sinking of the Lusitania in 1915 to plot her revenge against the Germans with a little unexpected help from Lawrence of Arabia. 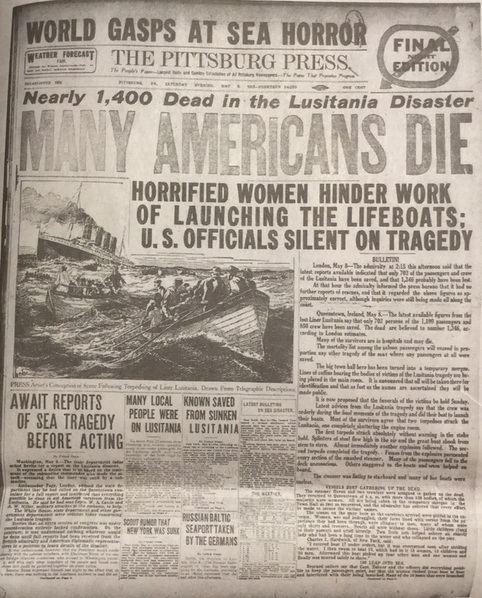 Front page of The Pittsburg Press from May 8, 1915. Dora’s hometown. 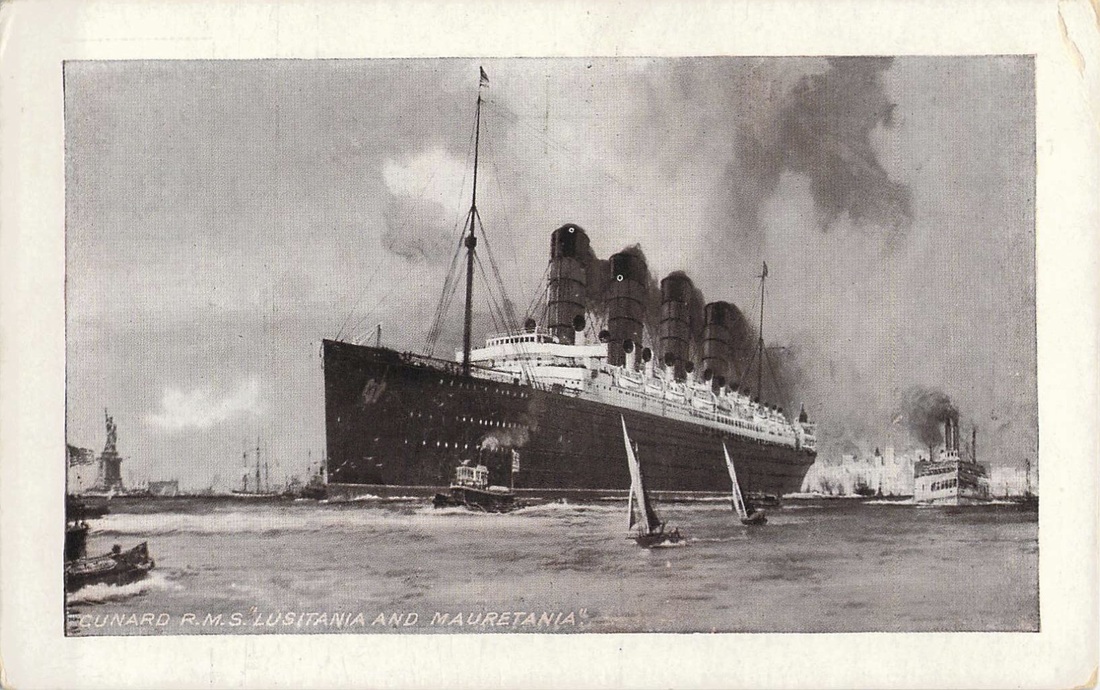 An excellent mystery that did a fine job of conjuring a sense of time and place. I didn’t know as much as I probably should about the Lusitania but this book went some way to picking my interest to find out more.
It was a well-crafted story and I look forward with interest to reading the next from this team.
Goodreads and Net Galley. Joanne Wood

The curse of the Pharaohs may be a bit more based in reality as Edward soon learns. “Key to Lawrence: Special Edition” tells the story of Lieutenant Edward Ware as he flees the saboteurs in Egypt for his very life. The plot that consumes him and the thousand year old tomb of Abdullah may lead to him going with Lawrence of Arabia to save his own life and get to the bottom of the mystery. “Key to Lawrence: Special Edition” is a riveting and highly recommended read, not to be missed. 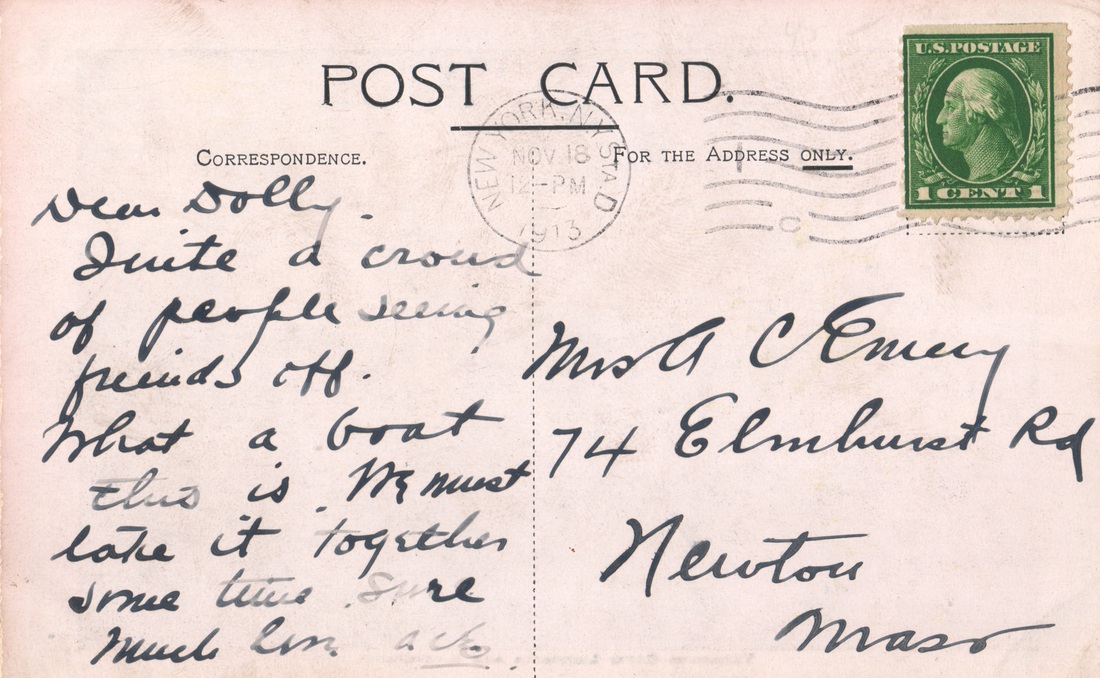 Postcard from the Lusitania. 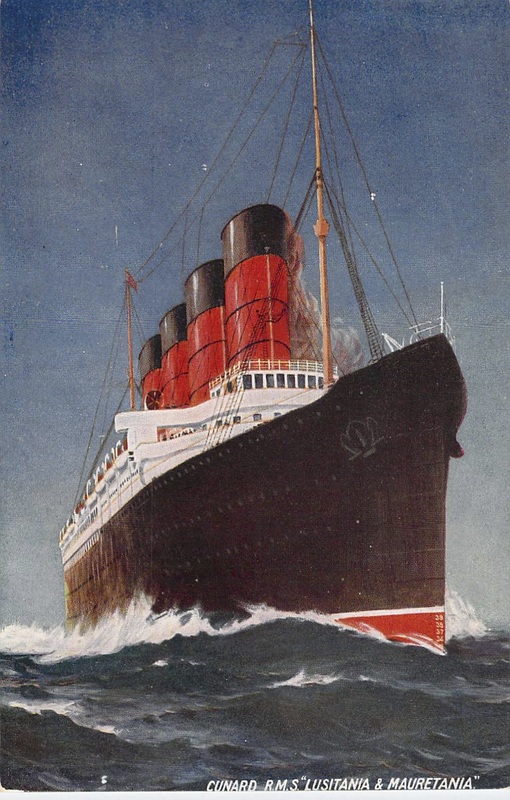 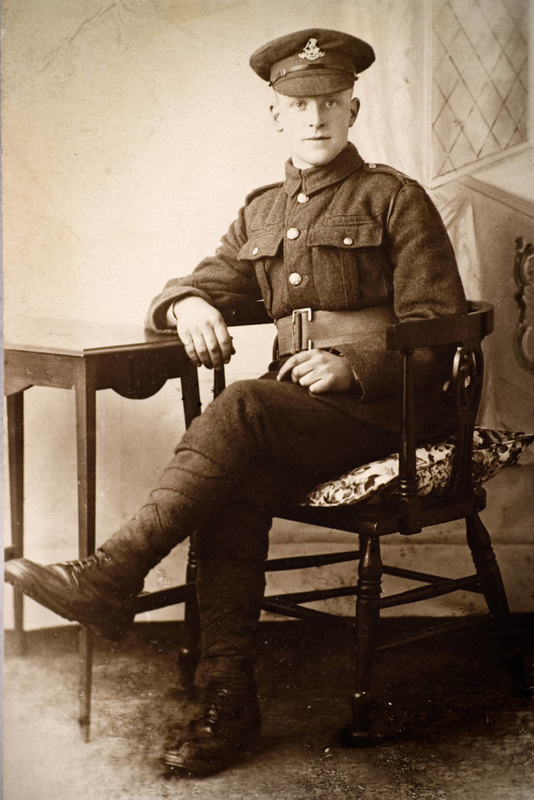 Water rushed into the four, great smoke stacks of the ship as they, too, hit the waves. Tremendous, churning whirlpools sucked victims inside. A few were ejected, blackened with soot. Propellers rose above the maelstrom. The rudder lifted higher than the smoke stacks. The ship’s prow pointed down toward the deep. It looked as if the ship’s nose would hit the sea bed hundreds of feet below. The Lusitania sank in only 18 minutes after being torpedoed on May 7, 1915. Dora Benley vowed revenge on the enemy. Key to Lawrence tracks the beginning of her quest for justice in this special edition of the first volume of the Edward Ware Thriller Series. It commemorates the 100th anniversary of the Great War.

To commemorate the 100th anniversary of the sinking of the Lusitania, Cheops Books has published a special edition of Key to Lawrence on February 15, 2015. The HMS Lusitania sank on May 7, 1915 shortly after lunch was served at 2:00PM. A German U-boat fired a torpedo into the ship. It sank in only 18 minutes, leaving hundreds of people in the water of the Irish Sea, sometimes for hours, before they were rescued and taken to Queenstown, Ireland, about 6 miles away. Over 1000 passengers were killed, including prominent Americans such as Alfred Vanderbilt and Elbert Hubbard, though hundreds managed to survive. It was a clarion call both to the heroine of the novel, Miss Dora Benley, as well as to other Americans to enter the war against Germany. The keystone event in the Great War deserves a special edition.

The book is available exclusively on Amazon.com. 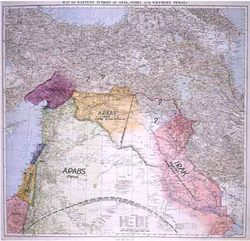 What is the big fuss about  Lawrence maps in Key to Lawrence? Dora and Edward find themselves the object of a hunt by none other than the German Kaiser himself. Why? He thinks that they have possession of those invaluable Lawrence military maps that can win the war for Germany. Below you can see what has become known as the Lawrence Peace Map. T.E. Lawrence drew this  map before the Peace Convention in Paris in 1919 as his proposal for the borders of the countries in the Middle East. His suggestions differed from those finally adopted by Britain and France that divided up the territory after the Great War. It was this sort of brilliant insight into affairs of state that maddened the Kaiser and made him want to pursue not only Lawrence of Arabia himself but all his friends, too.

This peace map was lost for years and rediscovered only in 2005. It was part of an exhibition at the Imperial War Museum in London from 2005 to 2006. 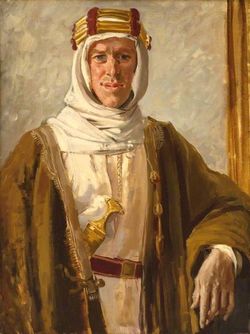